On Tuesday, members of the Save Grove Hill Committee and the Western Reserve Land Conservancy will receive an Ohio Preservation Public Education and Awareness Award during an outdoor ceremony at the conservancy’s headquarters in Moreland Hills.

Film tells story of residents’ efforts to save Grove Hill

The Chagrin Documentary Film Festival brings filmmakers from across the world to the heart of Chagrin Falls, but always manages to remember and support the locals.

The new Grove Hill Park Commission, organized to plan the development of the 1-acre green space located at the northwest corner of West Cottage Street and North Main, held its first meeting on March 4 to begin the process of recommending improvements.

The new owner of the historic Bancroft House at 3 W. Summit St., last week won preliminary approval from the Architectural Review Board for plans to restore, replace and expand the structure neighbors fought long and hard to save from demolition.

Board questions size of carriage house proposed for Bancroft site

While village Architectural Review Board members indicated they did not oppose demolition of an existing garage on the historical Bancroft house property, their Tuesday morning vote to OK the move was put on hold pending approval of the structure which would take its place.

Village Council added to its collection of public parkland on Monday by accepting a gift from the Western Reserve Land Conservancy and Little Rooster LLC, of land at the southeast corner of North Main Street and West Cottage.

Commentary - Outstanding save for Chagrin Valley

The Chagrin Valley stepped up. Even during a global pandemic, when daily life around the state has been put on pause as we work to contain the contagious coronavirus, area residents managed to raise enough money to save a historical house.

Funds secured to save Grove Hill house in Chagrin

On Tuesday afternoon, the Western Reserve Land Conservancy announced with “confidence” that it had raised the $600,000 needed to purchase the historical Bancroft house and property at the top of North Main Street also known as Grove Hill.

The Save Grove Hill fundraising effort earlier this week was on the verge of realizing its $600,000 goal toward purchasing the historical Bancroft House and 1-acre lot, according to officials from the Western Reserve Land Conservancy, the nonprofit backer of the drive that began as a neighborhood protest.

$200,000 anonymous gift made to save Bancroft house

The Western Reserve Land Conservancy announced Tuesday that it had received an anonymous $200,000 matching gift toward purchase of the historical Bancroft house and property on Grove Hill.

Deal on table to save historical Bancroft house

There are still 600,000 hurdles to clear before a deal to purchase the 1-acre Bancroft property on Grove Hill becomes a done deal.

The Chagrin Falls Historical Society is known for preserving news, but rarely does it make news. It did last week when President John Bourisseau announced the organization will seek state and federal recognition for Grove Hill, which is being eyed as the site for a townhome development and…

Last week’s Save Grove Hill gathering at the Chagrin Falls Historical Society meeting featured a presentation by a young man who told the audience he was there to guide their efforts.

In Chagrin Falls and Pepper Pike, developers and municipal leaders are putting plans on the back burner. We believe it is because residents have voiced their concerns and objections.

Window on Main Street - Preserving past doesn’t stop at house

That’s why we say hooray for the Save Grove Hill gang, a citizens action committee that recognizes the value of keeping these old landmarks intact and useful and have the will to negotiate with developers and property owners and, if necessary, mount cash crowd fundraising campaigns should that tactic fail.

In Chagrin Falls, citizens have come out in force to save a house perched on Grove Hill. The historical Bancroft house on 3 West Summit St. needs a host of repairs. Developer Robert Vitt bought the house with plans to level it and build modern luxury townhouses on the lot just steps from the iconic downtown. He initially was stopped by the village Architectural Review Board whose members said Mr. Vitt had not provided the required documents. Some residents fear the proposed townhouses would put too much stress on the steep hill shored up by a stone wall built during the Great Depression.

The owner of property at 3 West Summit St. has, for now, withdrawn his request to makes changes to the house on Grove Hill.

The withdrawal made during a Tuesday review board meeting came at the suggestion of members who ultimately advised Mr. Vitt that he had not supplied economic feasibility reports, scientific soil reports and hillside requirements that would “allow us to make a decision based on (zoning) code requirements which guide us,” review board Chairman Dr. Steve King said.

Mr. Vitt said when he has the required documentation, the new plan could include razing the Bancroft home.

It’s time to put on the brakes.

Before a stone is turned or a shovel has lifted on Grove Hill, I hope the powers that be take a deep breath and think more than twice about what is or isn’t going to be allowed to happen on precious village land. There is so little space left in the actual village making each square foot, public or private, valuable.

CHAGRIN FALLS — Save Grove Hill supporters were halfway through their impassioned comments before Village Council on Monday when a representative of the Western Reserve Land Conservancy stepped forward to offer the organization’s assistance.

On Monday, Summit and Cottage Street neighbors calling themselves the Save Grove Hill gang came before Chagrin Falls Village Council with petitions in hand and heartfelt comments on their lips to plead their case against development of the iconic incline and entrance to the village.

On Jan. 10, 1964, Barbara Kuniczak sold her house at 126 E. Washington St., Chagrin Falls, to five citizens, who formed a private trust to prevent its demolition. The builder of the May Court and Elm Court extensions wanted the property for access to his planned development.

Mrs. Kuniczak’s house had been built c. 1847 by George March, an original settler of Chagrin Falls. It is the third oldest occupied residence in the village, and a noted example of Western Reserve architecture, painted red.

Two couples who were neighbors of that house and a venerated real estate broker pooled resources to buy the house and rent it for a quarter century. They took out a mortgage, before selling the property to persons who have preserved the unique place of the original March house in local architectural history.

The property at 3 West Summit may be slated for an ignominious destruction, but with sufficient private investment and a motivated seller, its neighbors and supporters could save this equally notable specimen of local history. 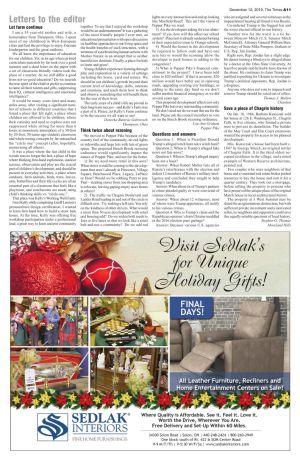 Chagrin is on the verge of losing its iconic Grove Hill.

Yes, that hill: site of the Pumpkin Roll; starting line for the Euclid Beach rocket car’s scream-inducing rides; and the place from which many take in the wonder of our Norman Rockwell-like town for the first time.

At a Nov. 19 meeting of the town’s Architectural Review Board, the new owner of the property on the southwest corner of Grove Hill (3 West Summit), developer Robert Vitt, announced plans to:

Demolish the historic Bancroft House that sits at the crest of the property and its annex building to make way for two new homes facing West Summit Street.

Remove 1,000 tons of soil to “stabilize” the hillside to construct three new, 3-story townhomes near the bottom of the property on West Cottage Street.

Yes, 1,000 tons. As in 2 million pounds. From a hillside so fragile that, according to court documents, excavations for the same developer’s West Orange townhomes triggered landslides. Is there any doubt that this development plan poses enormous risk to Grove Hill and the surrounding structures and roads?

At the meeting, some ARB members challenged the developer to be a “steward” of the property and a “hero” to the community by restoring the Bancroft House and respecting its historical site. But the developer was unmoved, responding that he would prefer to pass that role to someone else.

What to do? If there is someone out there with the means and fortitude to be a community hero, please reveal yourself as soon as possible. For everyone else:

Learn more about what the Grove Hill plans at our website, savegrovehill.org.

Write the ARB, Village Council and the mayor with your reactions to the Grove Hill plans.

Get in touch with any of us at info@savegrovehill.org. 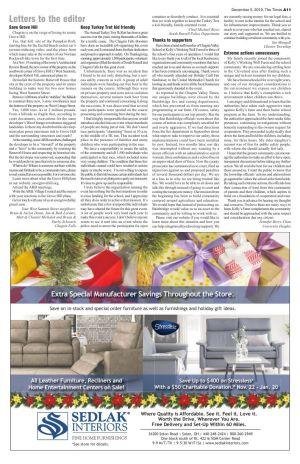 Back in the last century, 1955 to be exact, a folk singer named Pete Seeger wrote a song born of the “Ban the Bomb” movement and the never-ending cycle of war, death and those left behind to repeat the folly.

A decade later, the revival of folk music collided with “hell no, we won’t go” protests and became an anthem for the anti-Vietnam War generation.

Mr. Seeger named his tune “Where Have All the Flowers Gone?” Remember the words?

It goes on to answer its own questions as the verses are revealed. 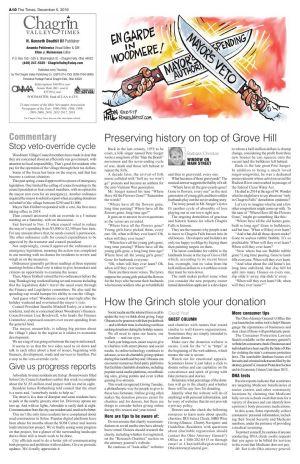 CHAGRIN FALLS — Developer Robert Vitt was on Tuesday morning’s Architectural Review Board agenda with an application to move the house at 3 W. Summit St. to provide space for a new outbuilding. He left the meeting asking to demolish it instead.

The home is a historical and visible landmark in the village at the very top of Grove Hill (North Main Street).

“We were united as a board,” said ARB member Dr. Steve King in a telephone call following the session.

He said the reasons given for demolition are the same as for every demolition request the board has reviewed in the past – low ceilings, mold, damp basement, knob and tube electrical wiring.

“In other words, like most of the houses in Chagrin Falls,” Dr. King added.

Because Mr. Vitt changed his request from moving the house to demolishing it, his original application was void and he will be required to reapply for a demolition permit.

In Chagrin Falls, demolition requests must be accompanied by plans for the replacement structure. 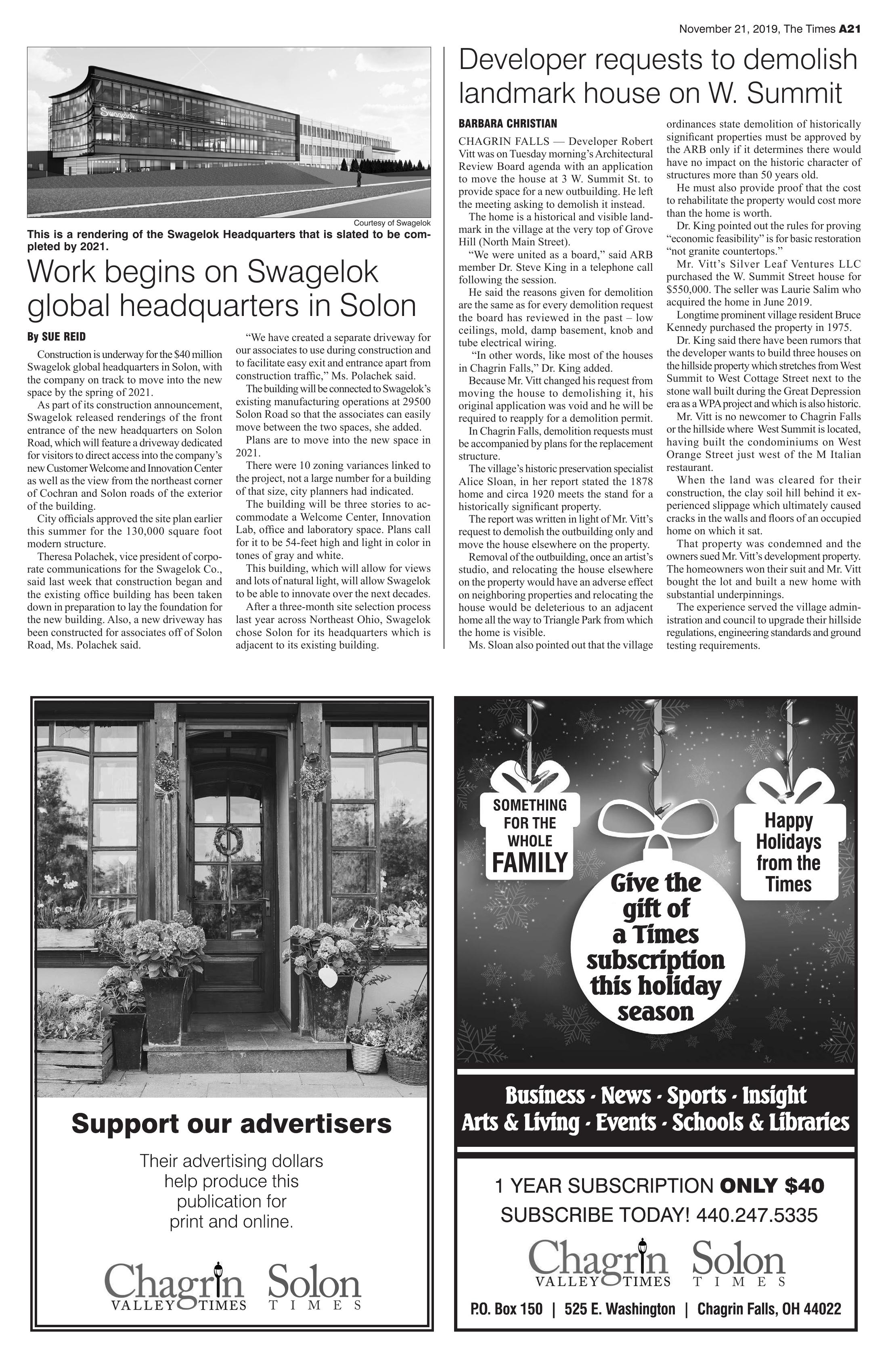